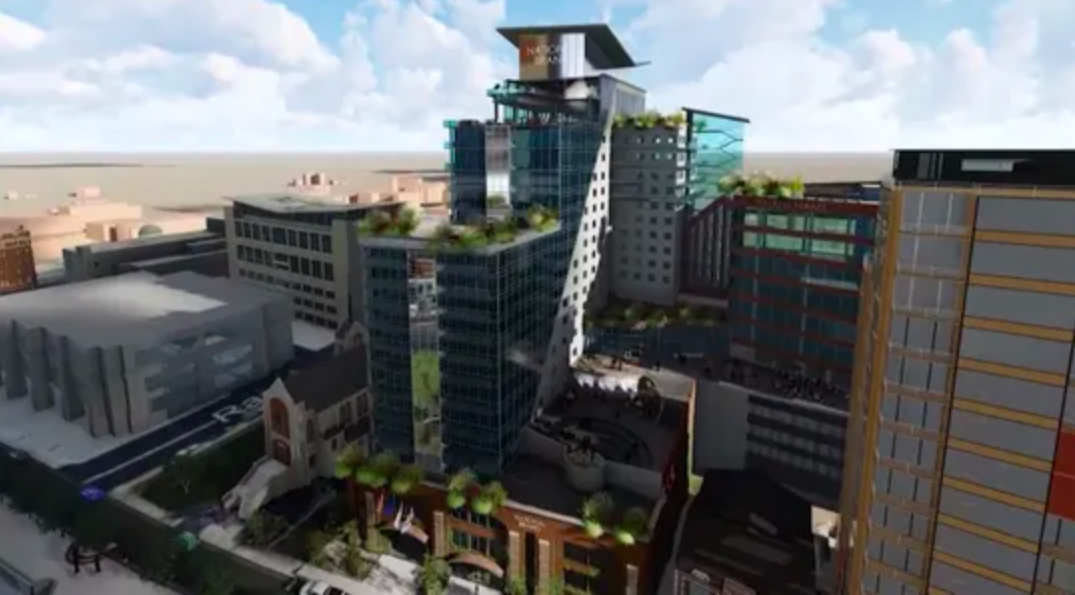 Kimpton Hotel, a pioneering brand in the boutique hotel segment, is coming to downtown Reno.

The San Francisco-based hotel franchise is building its first property in the Biggest Little City in partnership with developer CAI Investments. The Las Vegas-based developer first announced its new Court Street project last year but declined to name the hotel brand it was partnering with.

CEO Chris Beavor of CAI Investments confirmed its deal with Kimpton Hotel after multiple queries by the Reno Gazette Journal. The RGJ obtained a copy last week of a loan agreement for $100 million between Kimpton Hotel and CAI with Las Vegas-based Pinnacle Lending Group.

“We are excited about partnering with Kimpton,” Beavor said. “This is a much-needed project to show off Reno.”

Kimpton Hotel was founded in 1981 by the late Bill Kimpton, who was considered a pioneer in the boutique hotel business. Artist Laura Kimpton, who created the Believe sculpture with Jeff Schomberg that was displayed at Burning Man in 2013 and purchased by the city of Reno in 2016, is the Kimpton Hotel founder’s daughter.

The hotel and restaurant chain was eventually acquired in December 2014 by IHG for $430 million in cash as part of efforts to strengthen its position in the “fastest-growing segment in the industry.” IHG touted Kimpton Hotel as the largest independent boutique hotel operator in the world at the time.

“Kimpton is a well-established and highly successful business that has built an industry leading position in the U.S.,” said then-IHG CEO Richard Solomons. “Adding Kimpton to our portfolio of preferred brands creates the world’s largest boutique hotel business.”

CAI CEO: Hotel fills the tax base, jobs and void in the market

The 20-story hotel project was also the subject of a lawsuit filed in December regarding a change in the downtown Reno’s shadow ordinance for tall buildings. Reno enacted a law in 2006 that barred structures higher than 35 feet to cast a shadow on residential properties and downtown parks and plazas during the winter solstice. The law was amended back to its pre-2016 iteration late last year.

Beavor, meanwhile, stressed that the experience that Kimpton Hotel provides is just what Reno needs to attract a key slice of the leisure and business travel segment as well as workers who value a certain urban lifestyle.

“It fills the tax base, it fills jobs and it fills one of the voids in the market,” Beavor added.

CAI is also acquiring the Harrah’s Reno building from Caesars Entertainment and plans to turn it into a mixed-used development known as the Reno City Center.