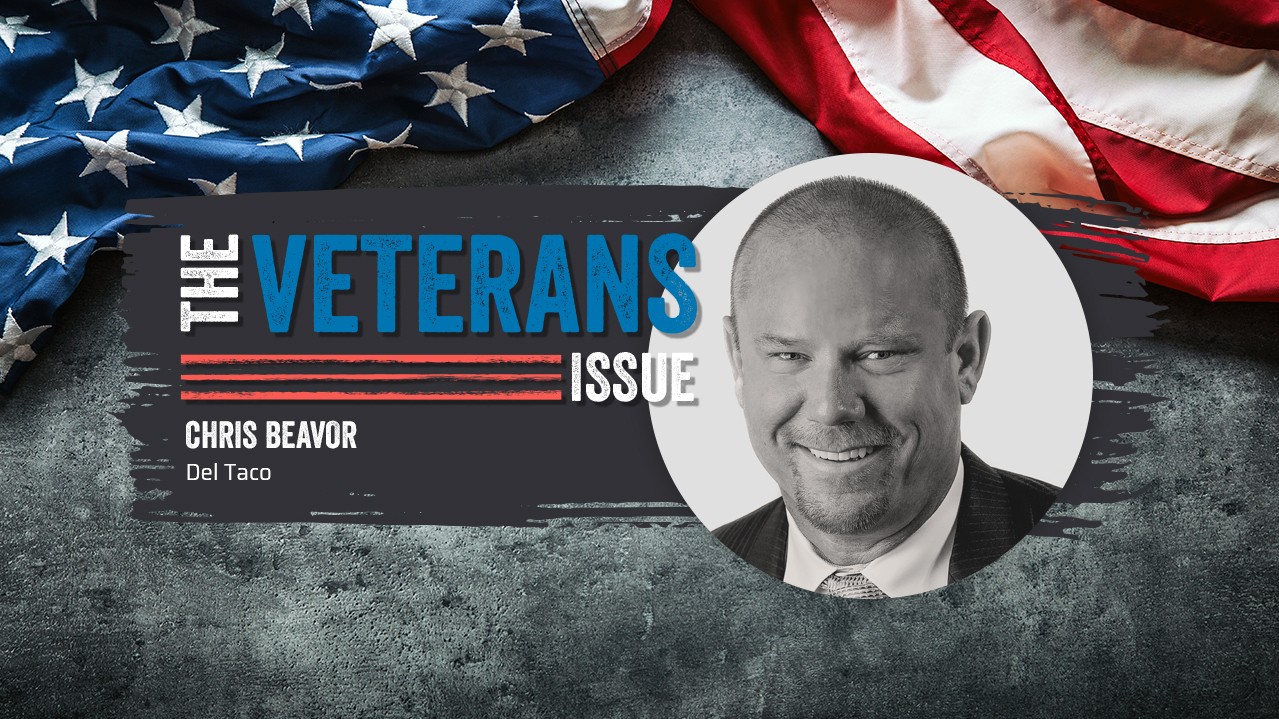 For Chris Beavor, it was the ability to serve his country that first inspired him to join the U.S. Air Force. However, he also knew that the experience and training that he would receive would help him to succeed in both his career and life. That’s why it’s no surprise that he pursued entrepreneurship following his military service — Beavor knew that he had what it takes to be a business owner.

Today, Beavor is a part of Del Taco’s franchise system in Arizona. 1851 spoke with him to learn more about his decision to invest in Del Taco, and how his military experience has helped him realize success.

Beavor: To serve my country first and foremost. I believe the experience, training and discipline that the military gives a young adult is priceless when starting their adult life. My son, Zachary Beavor, graduated West Point Military Academy last year and is serving as an officer in the 101st division. Additionally, the Air Force’s education program paid for 75 percent of college for active members, and the GI bill helped with college after military service.

1851: What was the most valuable thing your military experience taught you?

Beavor: The Air Force during the early ‘90s was considered one of the most well-run organizations in the world, outpacing public corporations. The Air Force started mission statements that all civilian public companies now have. Being a part of the best operated organization allowed me to set high expectations and understand how things ran.

1851: How did your military service prepare you for franchising?

Beavor: Franchising teaches you all about people and how to service customers, and to take pride in everything you do. At Del Taco, that ranges from operations to customer service to employee care and team building.

1851: What is it about Del Taco that attracted you to the brand?

Beavor: I’ve loved Del Taco since I was a child growing up outside of Barstow, where the company was founded. As a young adult, I would travel from Las Vegas to Southern California several times a year, and would always stop at the Barstow Del Taco on the way. The freshness and quality of the food, I think, puts Del Taco at the top of the Mexican QSR space. Plus, Del Taco has the best fries in the industry – where else can you get a great taco and crinkle-cut fries?

1851: What advice would you give to veterans who are looking to get into franchising?

Beavor: Del Taco truly respects its guests, employees and franchisees, but also veterans. When first reviewing franchise documents with the team, they wanted to share their “New Market Growth Incentive Program” with me, which included incentives for veteran franchisees. I wasn’t expecting or needing the veteran incentives to make my decision to go with Del Taco, but it was important to them to give back, and that made me feel appreciated for my service. The environment of family and unity that Del Taco provides reminds me of my days of military service. My advice for veterans who are interested in franchising would be to look for a company like Del Taco that truly cares about your success, not just the success of the brand.

1851: What does franchising mean to you?

Beavor: The opportunity to be a part of a great product and a great brand.

Beavor: I’d love to open 10 new stores in the Phoenix metro area, and help grow Del Taco in other markets across the nation.