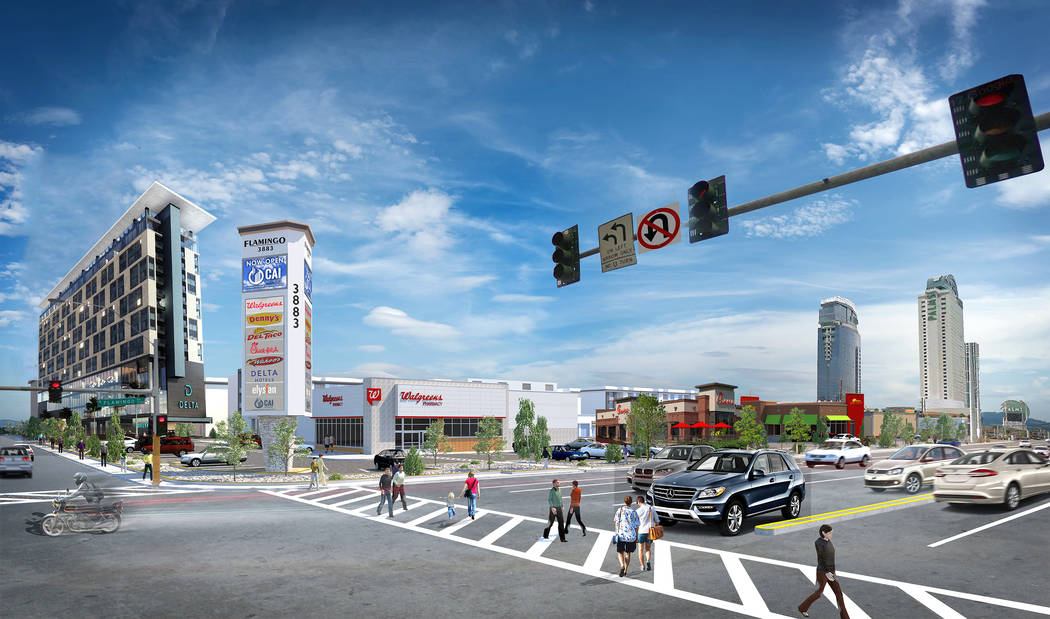 The Palms Casino is getting a new neighbor. Developers are working on a new project that will include restaurants, apartments and a hotel.

Christopher Beavor, CEO of CAI Investments, said more industries are moving out of the area, making room for projects like his.

He showed FOX5 renderings of the development near Flamingo and Valley View. Beavor said this is exactly what the neighborhood needs as the area around it continues to grow.

“This area is really going to develop over 5-10 years to come,” he said. “We had a waiting list of every national tenant that wanted to grab a hold and be a part of this project.”

Opening first will be a Walgreens along with a row of restaurants.

“Chick Fil A, Del Taco, Denny’s, with one of their new prototype stores, and next to that will be a Wahoos,” Beavor said.

He added more places to eat will make things more convenient for locals and visitors alike.

“We’re going to have the restaurants when people are leaving all of our hotels that completes the loop there in the touristic zone,” he said. “We’re going to capture the employees of the RIO, Gold Coast, Palms and Delta hotel and obviously the local residents and community there.”

Then add on a new luxury apartment complex and non-gaming hotel.

“We’ll have upward of 500 residents living on property,” he said. “We’ll have a 24-story Delta by Marriott hotel which will be about 270 rooms.”

Beavor said this option is for convention-goers or anyone looking to stay off the Strip.

“People are coming here for convention or business or cheerleading, all of the national sporting events, where do these teams stay?” he said. “Historically we’ve had limited service around the Strip or these big gaming hotels.”

He showed FOX5 renderings of inside the Delta hotel.

“We’ll also have a rooftop pool with views of the Strip,” Beavor said.

He added one of his main goals is to make it easier for people to get to and from the Strip, a Knights game and soon, the Raiders stadium.

“Really being a part of that complete renovation connecting one side of the 15 to the other side,” he said.

Del Taco and Walgreens should open by this summer. The apartments will be done in 18 months. And the hotel will be completed in two years.