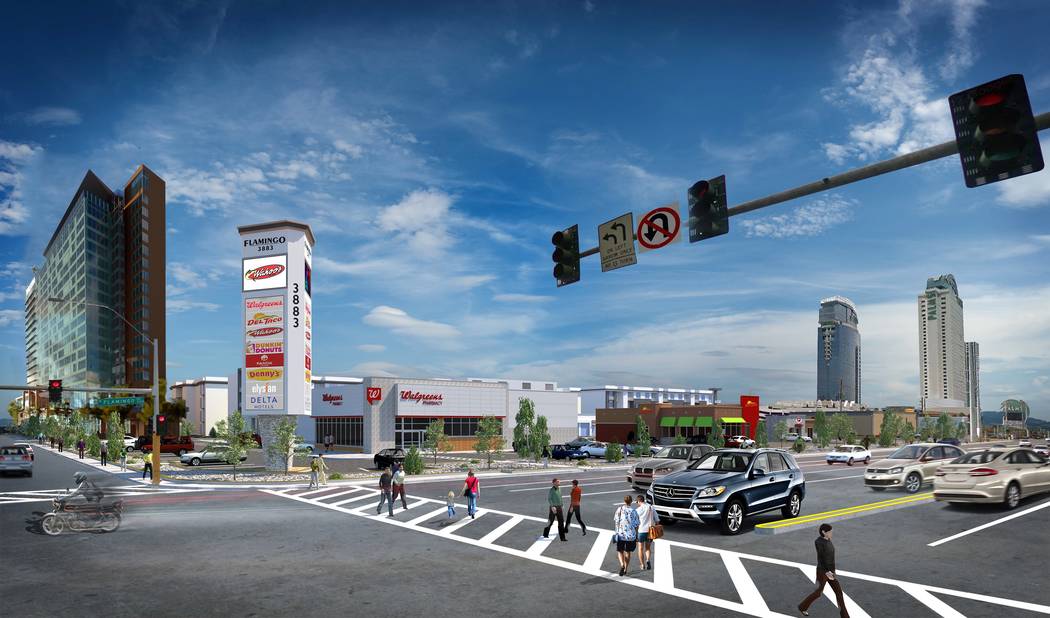 Construction is underway on a 17-story non-gaming hotel on Flamingo Road, next door to the Palms resort just west of the Las Vegas Strip.

The project, called 3883 Flamingo, sits on almost 9 acres and will include multifamily housing and retail, according to the developer, CAI Investments, which hosted a groundbreaking ceremony on Friday. Tenants at the site will include Walgreens, Denny’s, Del Taco and Wahoo’s Fish Tacos.

CAI founder Christopher Beavor said confidentiality agreements prevented him from revealing the name of the hotel, but he did say the non-gaming, non-smoking hotel will be run by an international company.

“We will be bringing in a significant brand, but a new product for Las Vegas that’s known in other countries,” Beavor said.

Beavor added that the hotel’s location takes advantage of proposed road projects that will connect Harmon Avenue to the Strip and Valley View Boulevard to the NFL stadium under construction.

The project is a different concept from what CAI had envisioned when it started working on the development three years ago, Beavor said. The original idea was a 500-hotel with a mixed-use condo aspect. Current plans call for 250 rooms in the hotel and 289 apartment units.

“But, based on where we were at and the market conditions and given the neighboring gaming properties (the Palms, Gold Coast and the Rio), financing was going to be a challenge,” he said.

The property has long been vacant and was, prior to the recession, the site of one of the many proposed luxury condominium projects in the Las Vegas Valley.